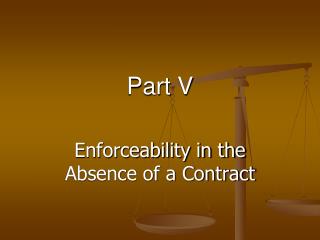 Part V. Enforceability in the Absence of a Contract. R2 § 90: Promissory Estoppel.