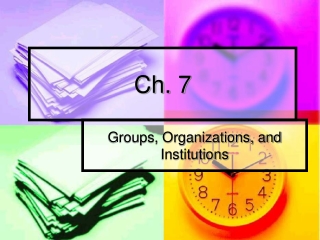 Ch. 7. Groups, Organizations, and Institutions. Groups. A key element of our social structure and much of our social interaction takes place within them. All groups set boundaries to indicate who does and who does not belong. Purpose of Groups.