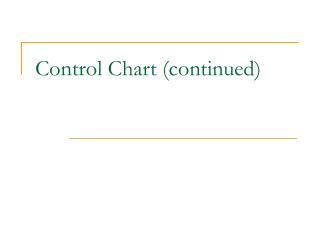 Control Chart Analysis - . how?after control charts are constructed, rules can be applied to the chart to determine out