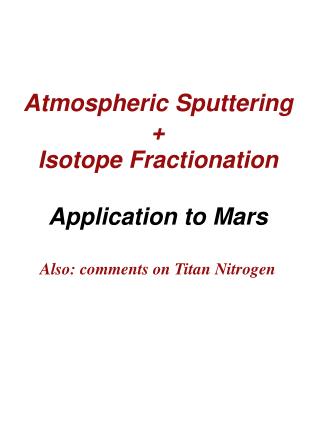 Earth’s Atmosphere with focus on the upper atmosphere – above 100km (Thermosphere and Ionosphere) - . gang lu high

Pressure of the atmosphere decreases with Altitude - We already learned that temperature changes with elevation. pressure

The ionosphere of Mars and its importance for climate evolution - . a community white paper for the 2009 planetary

The ionosphere of Mars and its importance for climate evolution - My objectives. maven is worthwhileextension of maven