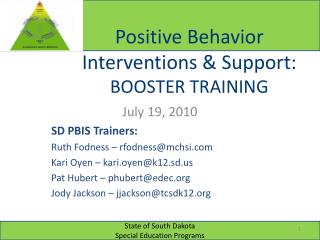 Positive Behavior Interventions and Support - . why pbis?. “the goal of positive behavior support is to create a safe,