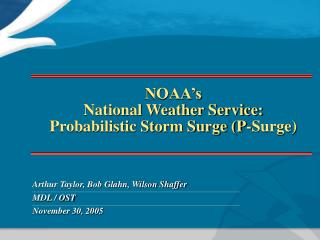 Hurricane Storm Surge Modeling - . objectives. define the characteristics of a hurricane and the hazards associated with

SURGE - . surge. surge is defined as “self oscillation of pressure and flow, often including a flow reversal”. every