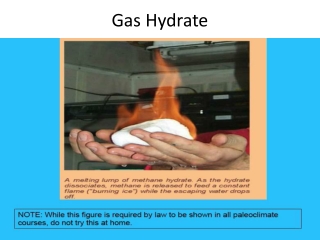 Gas hydrate is a compound of water and ligth molecule gas like mathane, propane, butane. Hydrate Notes - . how to find a formula. 6 steps to find hydrate formula (goal is to solve for x). write out generic