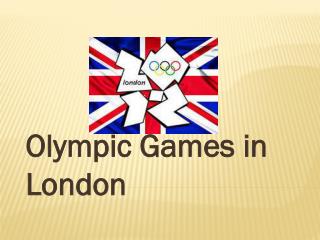 Olympic Games in London. Thirties Summer Olympic Games held in London, the British capital. London became the first city to host the Games for the third time. Within the Greater London disposes most of the sports facilities, divided into three

My trip to London England - . by yu-jo chang. why london?. visited a friend the metropolis architecture royal