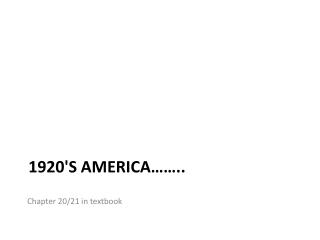 You can't build a reputation on what you're going to do. Chapter 20/21 in textbook. Henry Ford. 1920's America……. The spread of Communism was perceived as a threat to America ( The Red Scare) Communism - economic, political system, single-party government - ruled by dictator