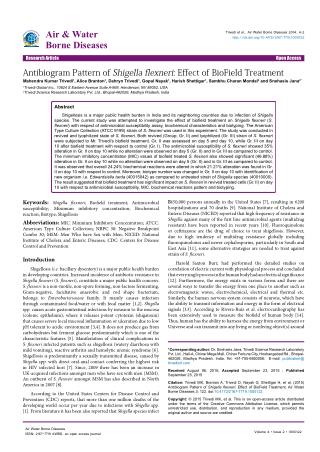 The present study was attempted to evaluate the effect of biofield treatment on Shigella flexneri with respect of antimicrobial susceptibility assay, biochemical characteristics and biotyping.