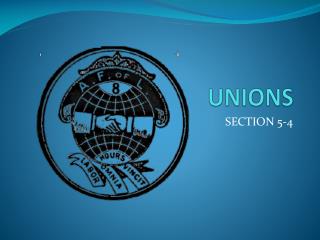 UNIONS. SECTION 5-4. Working in the United States. Deflation- rise in the value of money. Added tensions between workers and employers. Early Unions. Trade Unions-craft workers began the first trade unions in the 1830’s, as industrialization started to spread.