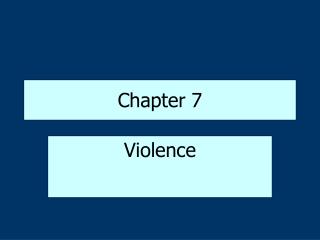 Chapter 7. Violence. What Is Violence?. Violence : behavior that causes injury to people or damage to property Institutional Violence : violence carried out by government representatives under the law