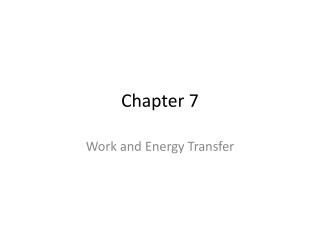 Chapter 7. Work and Energy Transfer. Section 7.1- Systems and Environments. System- small portion of the universe being studied Can be a single object Can be a collection of objects Environment- everything outside the boundaries (physical or not) of the system