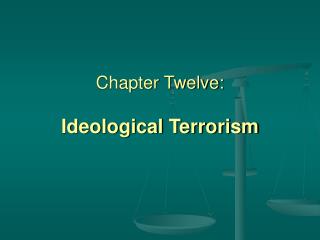 The Physics of Terrorism, Counter-terrorism, and the Iraq confrontation - . lbl institute for nuclear astrophysics

The Progressive Era 1900-1920 - . chapter 18. progressive movement. progressivism was an ideological movement of the