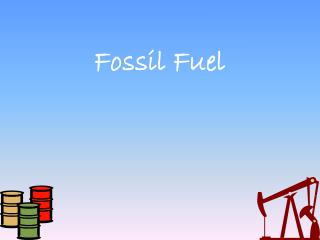 Fossil Fuel. What are fossil fuels?. Fossil Fuel - . there are 3 major forms of fossil fuel. coal which is a sedimentary rock that is used as a human resource

Fossil Fuel Energy - . by luke vitagliano. what fossil fuel is. coal, oil and gas are all fossil fuels because they have

Fossil fuel How does fossil fuel affect us and the environment? - . mostafa o mran 9b 5/1/12 biology. what is fossil

How fossil fuel plants work - . by xavar …. process… step by step…. coal comes in to the plant by barge