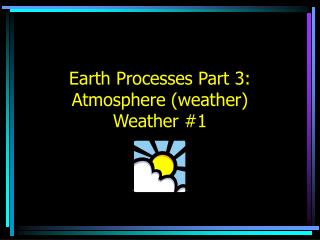 Weather - . the condition of air on earth at any given time or place- whether its warm or cold, dry or wet, blowing or