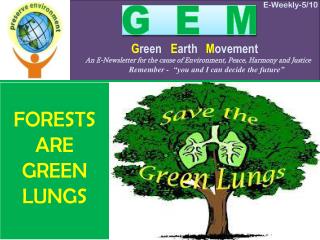 G E M. We all have an inherent understanding that our lives are better because of forests. People heal faster when they can see trees out the hospital window. People willingly pay much more for a home with mature trees. Forests are called the “lungs of the