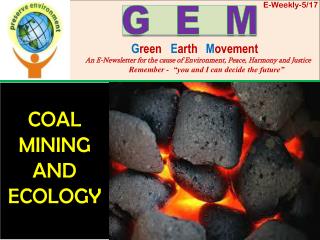 G E M. Coal is a black or brownish-black shiny rock and most of it is buried deep underground so we must "mine" or dig it out. Finding coal used to be done by people called prospectors . Today it is done by geologists. Coal forms from organic material that decays and