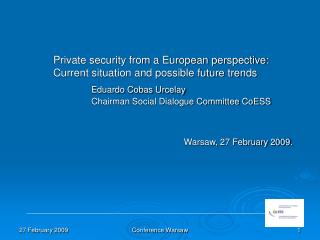 2020 Vision - . or, it's tough to make predictions, especially about the future. futurology:. the study and forecasting

Technology Trends Shaping the Classroom of the Future - . keynote speaker for san diego county office of education and

The Future Trends in Media, Technology and Business - . joe igoe vp/cto wgbh. “ the knowledge of yourself will preserve