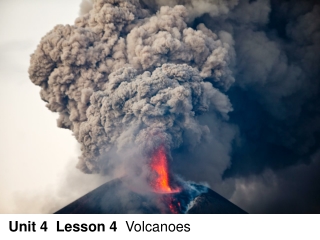 Unit 4: Earthquakes &amp; Volcanoes - . aim: how does stress in the crust change earth’s surface?. forces in

Unit 4: Lesson 1 - . what is an adjective?. objectives. students will: identify adjectives and the nouns they describe.

Unit 4, Lesson 2 - . ionic and covalent bonding. why do chemical bonds form?. generally, atoms join to form bonds so that

UNIT 4, LESSON 8 - . so what does it take to be an empire? a look at global patterns, examples, and non-examples.