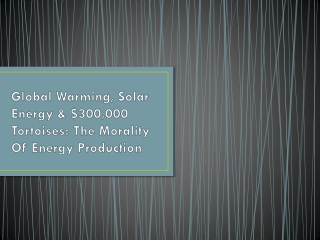 On Tuesday, June 25, in a speech before enthusiastic students at Georgetown University, President Obama delivered a message outlining his vision for what the United States ought to do, and what he personally is going to do, about the moral issue of energy production. Now at first glance, you would think that energy production is a technical issue that should be left to engineers and economists. But it was clear from the President’s speech that he thinks it is also a moral issue, as moral as which side you should fight on in a war. His speech, in fact, was peppered with militant terminology. He spoke of having the “courage to act,” he talked of the “fight against climate change,” and expressed his desire for America to “win the race for clean energy.” Toward the end, he called for citizens “who will stand up, and speak up, and compel us to do what this moment demands.” To that end, he announced that he was going to ask the Environmental Protection Agency (EPA) to issue regulations that, according to Obama critic Charles Krauthammer, will “make it impossible to open any new coal plant and will systematically shut down existing plants.” Solar energy a global warming solution - . “i’d put my money on the sun and solar energy. what a source of power! i

Global Warming - . &quot;the warnings about global warming have been extremely clear for a long time. we are facing a

Global Warming - . the sun rays are reflected from earth’s surface as an infrared radiation back into the atmosphere.

Global warming - . what is global

Global Warming - . what we have heard now a days ?. the earth is getting hotter . we are causing it. the planet is

Global warming - What is the global

Global warming - . t he world might be over because of global warming. i don’t want this to happen do you?. what are