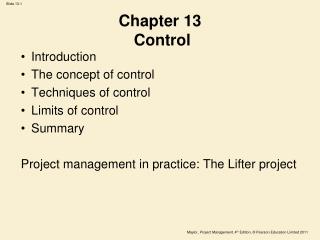 Chapter 7: Flexible Budgets, Variances, and Management Control: I - . the use of planning for control. basic concepts.

Fire Control - . chapter 12 essentials. introduction. fire control is the practical and tactical aspect of approaching an

Chapter 49 - . nervous systems. overview: command and control center. the circuits in the brain are more complex than the