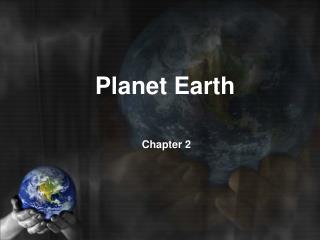 Planet Earth. Chapter 2. 2.3 explain how the relationship between Earth and Sun is critical to the study of geography. Our solar system.