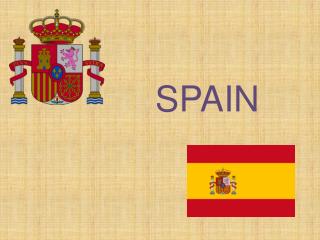 SPAIN . The location and the capital city.