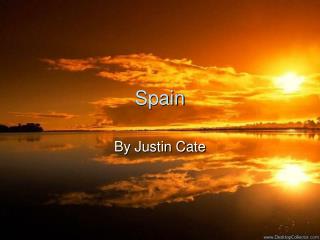 Spain. By Justin Cate. Places to go in Spain . Spain, Barcelona, Sevilla, Valencia. Food From Spain. Along with these delectable looking jumbo shrimp, Spain has much more exquisite food of all different appearances and flavors. Clothes.