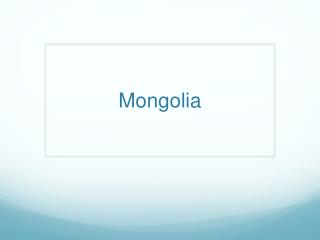 Mongolia. Geography. Mongolia is in Asia, placed in between China and Russia. It’s Features…. The terrain is one of mountains and rolling plateaus, with a high degree of relief.