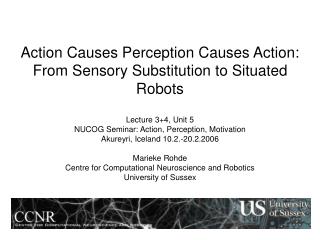 Closed-Loop Corrective Action - . an operations management presentation by bobbi dodd. what will be covered?. what is

F. Sensory Receptors - . what are sensory receptors? http://www.youtube.com/watch?v=1vlsz_dxfag&amp;feature=related a

THE AFTER ACTION REVIEW PROCESS - . doctrine major r. kennedy. aim. to develop a common understanding of the after action

PERCEPTION! - . what is perception?. go through your notes and in your own words write down what perception is?.