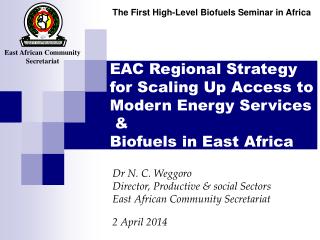 Small-Scale Biodiesel Production - Energy overview where does our energy come from? 85% from fossil fuels coal, crude

Investment Opportunity in Palm Plantations for biodiesel in Madagascar - . promoted by environvest. biofuels. what are

Modern Middle East - . ethnic groups. an ethnic group is a group of people who share cultural ideas and beliefs that have

BIOFUELS, BIODIVERSITY AND ENERGY SECURITY: What are the environmental and social impacts? - Jeffrey a. mcneely chief

The Emergence of the Middle East into the Modern State System - Week 3- - . h istorical overview of the modern middle