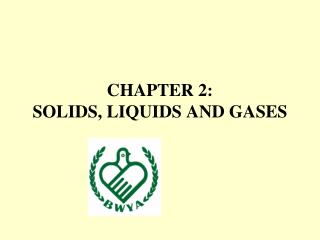 Gases and Gas Laws - . introduction. the properties of gases will be introduced along with five ways of predicting the

Gases - . characteristics of gases. there are three phases for all substances: solid, liquid and gases. gases are highly

CHAPTER 5 - . gases. characteristics of gases. there are three phases for all substances: solid, liquid and gases. gases

States of Matter - . chap. 13. gases. state of matter in which particles are separated by large distances. gases. gas