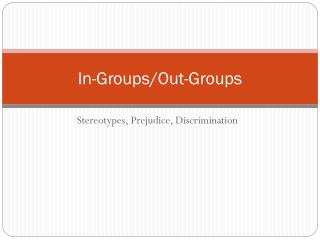 Group Influence - . the power of groups. i. what is a group?. two or more people who interact with &amp; influence

The Boxall Profile & Nurture groups - . assessment and intervention for social, emotional and behavioural

EGG DROP CHALLENGE - . the challenge. you must work in groups to design and build a container that will hold an egg. your

Workshop Preparation - . get into groups of 4. workshop 74 the basic behavior analytic principles of psychotherapy.

SPEAKING IN SMALL GROUPS - . speaking in small groups. small groups: have a limited number of members 3 to 12 have a

Have you ever heard… “If it Plays in Peoria, It’ll Play Anywhere !” - . audience participation/voc patient