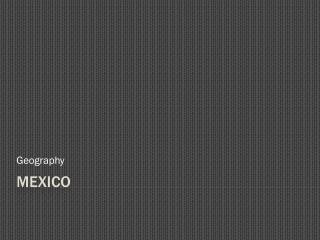 Geography. MeXICO. Mexico has a long and colorful history. Over 500 years ago, people from Europe sailed to Mexico. Before that, Mexico had some of the world’s greatest civilizations. Today, Mexico is highly industrialized.