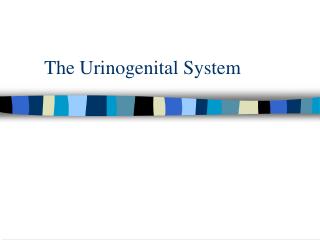 The Urinogenital System. Function of the Urinary System . Rid the body of metabolic waste, particularly those from proteins, ie urea and uric acid which contain nitrogen. Maintain osmotic balance within the body. Basic Terminology. Osmosis The System - . andrei alexandrescu. agenda. overview of the system the system architecture and details conclusion. the

The System - . follow the system. there is no need to reinvent the wheel. the path is clear, well thought out, and well

THE SYSTEM - . there are no start-up requirements in arbonne. the following has worked well in our organization and only

The System: - Welcome to power-tank. we hope you will find it as rewarding as we do. we are always amazed at the reaction

The system - . qipp next year - £22m hwph - not stable challenge is to build consortium that takes bigger

The System - . the system is a series produced by tvc in collaboration with bsir and supported by the healthcare

The Cardiovascular System The Lymphatic System And Respiratory System - The circulatory system. the cardiovascular

The Circulatory System and the Immune System - . key point #1 the main function of the circulatory system is to pump

The Nervous System and the Endocrine System - . module 04. module overview. neurons: the building blocks of the nervous

The Respiratory System and The Circulatory System - . prepared by: chris reyes, robert rock and keturah reed. the