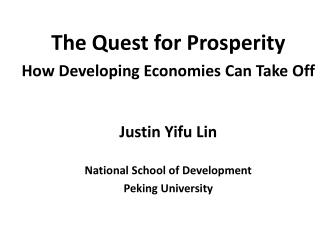 The Quest for Prosperity How Developing Economies Can Take Off Justin Yifu Lin National School of Development Peking University. Introduction. Take Off!!! - Rosny daniel daniel pappalardo nadeline rabot. take off!!!. introduction. in this project we will

Comments on Athanasios Orphanides’ The Quest For Prosperity Without Inflation - . john b. taylor stanford university

Comments on Athanasios Orphanides’ The Quest For Prosperity Without Inflation - . john b. taylor stanford university

Take the Lid Off . . . - Take the lid off. dried paint can be disposed with your regular garbage. to speed up the drying

How does a glider take off ? - . a towplane pulls the glider to altitude. the glider pilot then releases the towrope

How can you take the Gold loan? - Apply for gold loan: what is the loan? the loan is lending some money by the individual

The Quest For… - . a winning campaign. george washington has chosen you to be his assistants. he wants to be re-elected