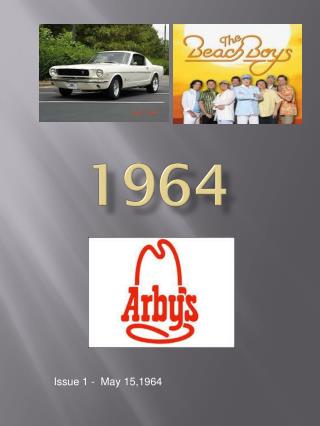 The Beatles 1964 - Two fans try out their beatles wigs in anticipation of the british group's arrival in new york, 6