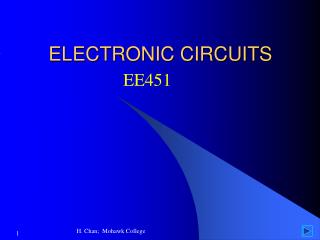 ELECTRONIC CIRCUITS- I - . dc biasing circuits. the ac operation of an amplifier depends on the initial dc values of i b

Electronic Devices and Circuits - . semiconductor. introduction. the term conductor is applied to any material that will