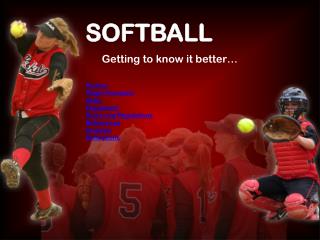 SOFTBALL. Getting to know it better…. History Player Positions Skills Equipment Rules and Regulations References Analysis Reflections. HOW IT ALL BEGAN