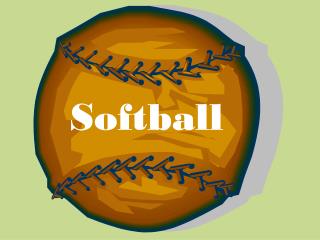 Softball . And So It Began….