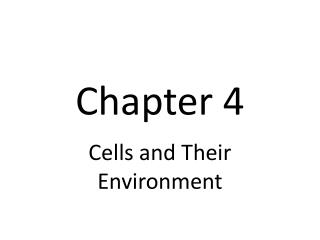 Chapter 4. Cells and Their Environment. I. Diffusion A. Random Motion and Concentration Passive transport is movement across the cell membrane that does not require energy A concentration gradient is a difference in the concentration of a substance between two areas of space