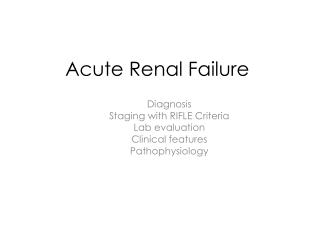 ACUTE RENAL FAILURE - . definition:. it is abrupt decrease in renal function which developed over a period of days or

Acute Renal Failure - . what is acute renal failure?. renal failure associated with burns or other trauma or with acute