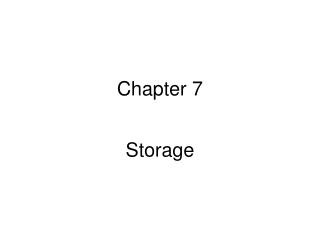 Chapter 7. Storage. Storage. What is storage? Holds data, instructions, and information for future use Storage medium is physical material used for storage Also called secondary storage What is a storage device?