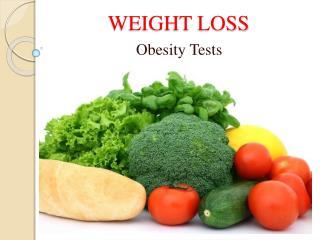 OBESITY - . paul bolton. aims of presentation. what is obesity? who is obese? why does it happen? why is it a problem?

Obesity - . obesity. “obesity is perhaps the biggest threat to the health, welfare, and future of our country.” dr.

Obesity - Hershey, pa—in one of the largest product-liability rulings in u.s. history, the hershey foods corporation

Obesity - I ndex. obesity. what can we learn from our past? by andrea hrysoulakis, charlie irwin and matt cormack. how

Obesity - . by: gerson gelin. the reason that i chose to do my project on obesity was because i wanted to learn more

Obesity - . . julio l. cádiz velázquez. md, mph, scp. learning outcomes. by the end of the module, you should be

Obesity - 1- obesity 2- what is obesity? obesity is a life-long progressive, life threatening condition marked by the

Obesity - . then and now why and where how and when will it end . kathleen colleran, md associate professor of medicine

Obesity - . overweight and obesity are defined as abnormal or excessive fat accumulation that presents a risk to health.