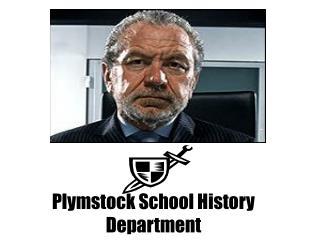 Oliver Cromwell Hero or Villain? Plymstock School History Department - . aims:. how we interpret the role of an

School History - . options in education first opened its doors in august of 1991 with 88 students. today it continues to

DEPARTMENT OF HISTORY - . overall designwhat draws your eye first?what does the dominant part of the image portray?what