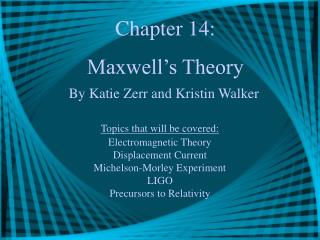 Symmetry and Group Theory - . chapter 4. symmetry and group theory. the symmetry properties of molecules can be useful in

Chapter 7 - . cell structure and function. section 7-1. the history of the cell theory and microscopes. historical view

Chapter 9 Other Peripherals - The complete a+ guide to pc repair 5/e. chapter 9 other peripherals. chapter objectives.