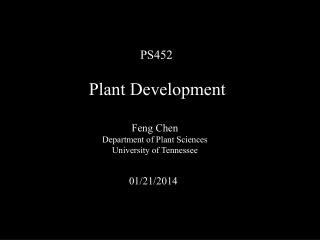 Plant Responses and Adaptations - . plant hormones. a hormone is a chemical in an organism that causes a physiological

Plant Growth &amp; Development - . introduction. there are 6 plant processes that effect growth which are….

Chapter 35 - . plant structure, growth, and development. figure 35.1. overview: no two plants are alike to some people

What is phototropism? - B5 – plant development. 5 a day revision. what are auxins and what do they do?. why might a