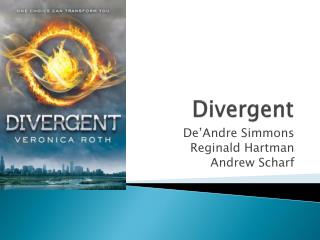 Divergent. De’Andre Simmons Reginald Hartman Andrew Scharf. Setting. In the beginning, the story is in the corpse of what used to be Chicago, Illinois. The time is what could be the year 2025 (the future). In the beginning, she lives in Abnegation headquarters. Later on