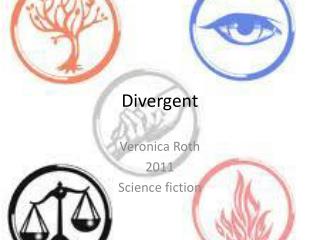 Divergent. Veronica Roth 2011 Science fiction. Setting. There are two main settings in divergent they are the dauntless compound and abnegation city.