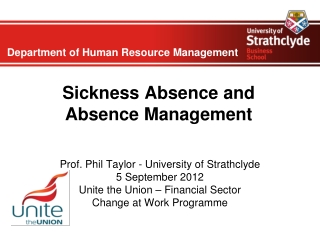 Cutting sickness absence - The swedish social insurance agency has made bringing down a gross ill-health measure to 37.0

Absence management - . learning outcomes. to be successful in this theme you should be able to: understand the role of