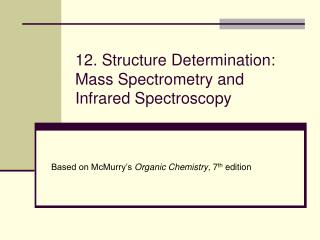 12. Structure Determination: Mass Spectrometry and Infrared Spectroscopy - . determining the structure of an organic