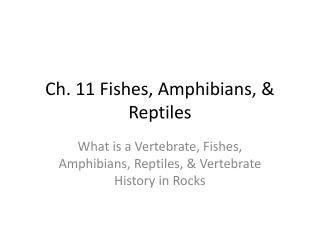 A cladogram shows that all chordates evolved from - . tunicates and lancelets. dinosaur ancestors. fishes. a common

Life of the Mesozoic - . chapter 12. introduction. the mesozoic era is referred to as the &quot; age of reptiles

Life Functions - . objectives. analyze the processes by which organisms representative of the following groups accomplish

Sensation and Perception - . the visual system. “seeing is believing” good ideas are “bright” this section is an

Phylum Chordata - . a tribute to the diversity we know. introduction. members of the phylum chordata include animals with

Infraclass Teleostei: “Teleosts” - . the vast majority of modern fishes are “ teleosts.” they have replaced the