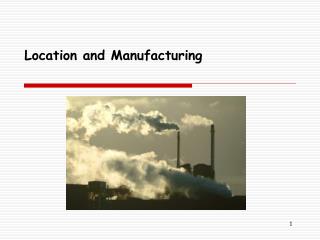 Introduction to Design for (Cost Effective) Assembly and Manufacturing - . purpose statement. to provide an overview of

Operations Management Location Strategies Chapter 8 - . learning objectives. when you complete this chapter, you should